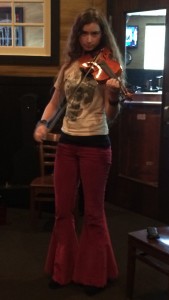 I learned the reel “Mulqueen’s” from John Bunch, who in turn learned it from Max Becher, husband of Deirdra Wood Becher, of the Wood clan and both members of Hidden Fifth.  A number of people around here have taken to call the tune “Mall Queen.” Another type of Americanization, perhaps.  The tune is played ABAB — like “Mountain Road.”  Based on the liner notes from a Frankie Gavin (b. 1956) CD entitled Fierce Traditional (2001), where Gavin plays “Mulqueen’s” in D, the tune was first recorded in 1922 by Jeremiah Breen, a blind north Kerry fiddler.  It is also on Conal O’Grada’s LP Top of Coom (1990) listed as “Free and Easy” (track 11), in D.  The lineup on that album is Conal Ó Gráda (flute), with Arty McGlynn (guitar), Colm Murphy (bodhrán), Seán Ó Loingsigh (bouzouki), Bernadette McCarthy (piano). The Castle Ceili Band recorded “Mulqueen’s” on their eponymous LP (Comhaltas, 1971), but did it in G, so be forewarned if you try to play along.  You can hear the beginning of the tune here. 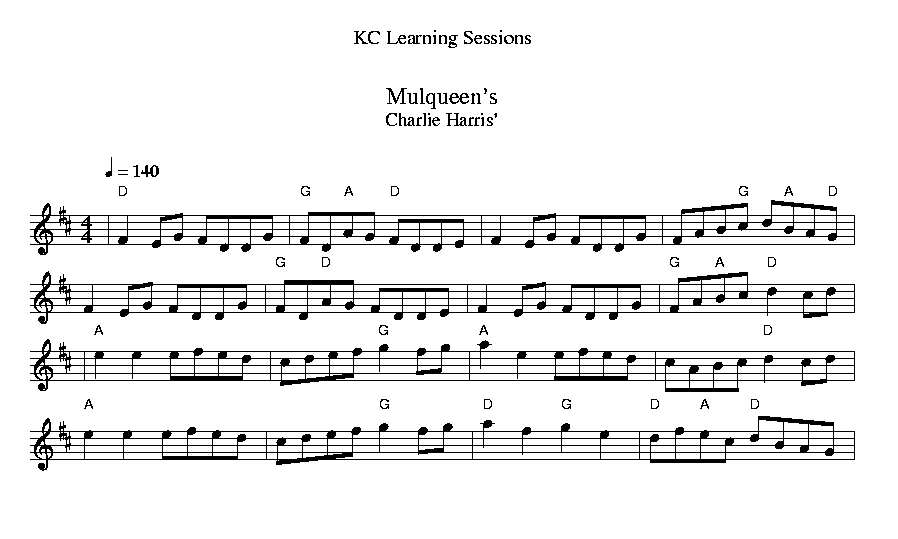