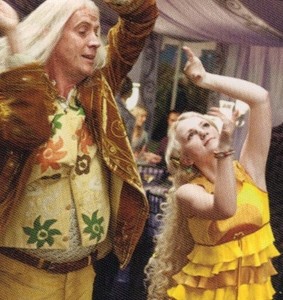 Luna Lovegood and her father

This jig is commonly known as both “East of Glendart” and “Humours of Glendart,” so don’t bother correcting anyone who uses either title.  In the west of Cork there is a hamlet called Glendart.  The latter title concerns its “humors” (see note), the former title uses it merely as a geographical reference. I’m pretty sure this is the place, anyway.  Yet, in addition to a Glendart, Skibbereen, co. Cork, there is also, just north, a Glandart, Bantry, co. Cork.  They’re about 25km apart, and surely mail meant for one winds up in the other from time to time.  Glandart is about 75km southwest of Cork, and Glendart is 90km southwest of Cork.  Concerning the title “East of Glendart,” there is quite a bit east of Glendart , depending on how far you want to go.  The Cobh of Cork might be what’s meant, but it could be just about anything. While some are wont to say that Glendart is near the birthplace of the renown Captain Francis O’Neill (in Tralibane, Bantry, Co. Cork) that only seems true to me in the sense that every place in Cork is near every other place in Cork, besides Glandart is closer to Bantry.

This tune is played at the wedding of William Weasley and Fleur Delacour in the movie Harry Potter and the Deathly Hollows (part 1).  The wedding band, whoever they are, played two tunes “Humours of Glendart” and “Have A Drink With Me,” but they played the A-part of each tune strung together twice through, so the tune they play (“Humours of a Drink with Me”?) is played as if an ABAB tune, but is not really a trad tune at all.  This tune is #719 on O’Neill’s 1850, and #19 in O’Neill’s 1001 (1907). 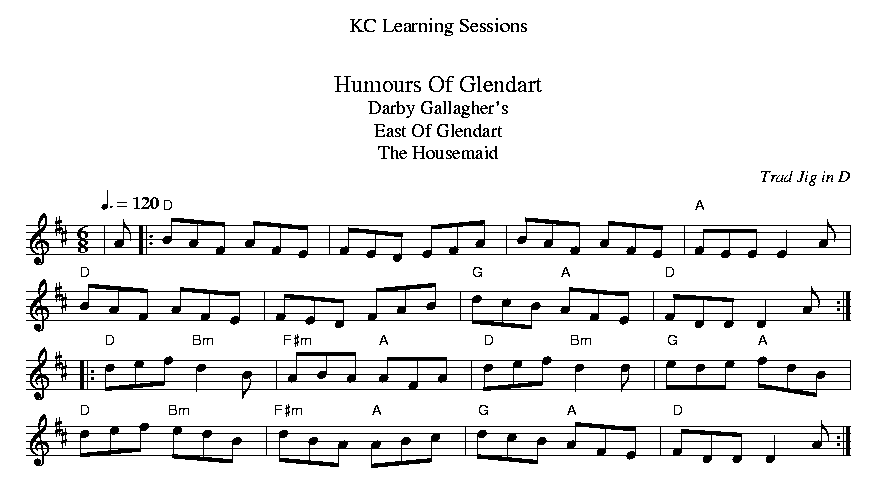