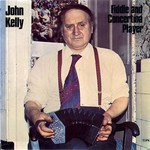 John Kelly (1912-1989) was a fiddle and concertina player from rural west County Clare.  Born in Rehy, Cross, Kilballyowen, West Clare, he was strongly influenced by the playing of his grandmother Elizabeth Kelly and the music of the island of Scattery near the mouth of the Shannon, where he first spent a week when he was 18. His grandmother was born on the island, carrying the music with her, and still he had cousins on Scattery. The tunes played on the island were more Kerry than Clare, so John Kelly’s style is a mixture of the two, and he spent most of that first week playing the fiddle for relatives and their friends. In his twenties he left County Clare and worked in Allen, Ireland, outside of Dublin.  After getting married and moving to Dublin in 1945 he started a music shop at 85 Capel Street called The Horse Shoe.  Both he and the music shop became important to the traditional music revival in the 1950s and 60s.  Kelly was a member of Dublin’s Castle Céilí Band, he played with Ceoltóirí Laighean with his son, the well-known fiddler James Kelly.  His wife, Frances Hilliard from County Wicklow, and the five children in the Kelly household all were musicians.  Frances tipped the accordion, and John and his six children all played fiddle, though Anthony Kelly also played uilleann pipes. As James Kelly recalled “We grew up together learning tunes, listening to tunes, old recordings, 78s, and tapes, and being visited by just an endless string of musicians, it seems.”  Like the Donegal fiddler Neillidh “Neilly” Boyle, John Kelly had definite opinions on the tradition of Irish music and could become tetchy about pure drop.

The first dots I’ve put up below are Dr. Dow’s transcription from thesession.org, taken from a recording he had. He writes: “The tune was played as transcribed by a couple of fiddlers, but their original source was Tola Custy and Cyril O’Donoghue’s album Setting Free [1994]. Everyone I’ve ever heard play this tune seems to have got it off this album. TC plays the A-part as transcribed the 1st time through but then swaps bars 1 and 5.” So the dots I have reflect this way of playing the tune – the part marked A is the first time through, and the Part marked B is for the second and third times through. I’ve put in some simple chords that make more sense to me. You may also want to look at the Shelta band’s website which has the tune with their chords. 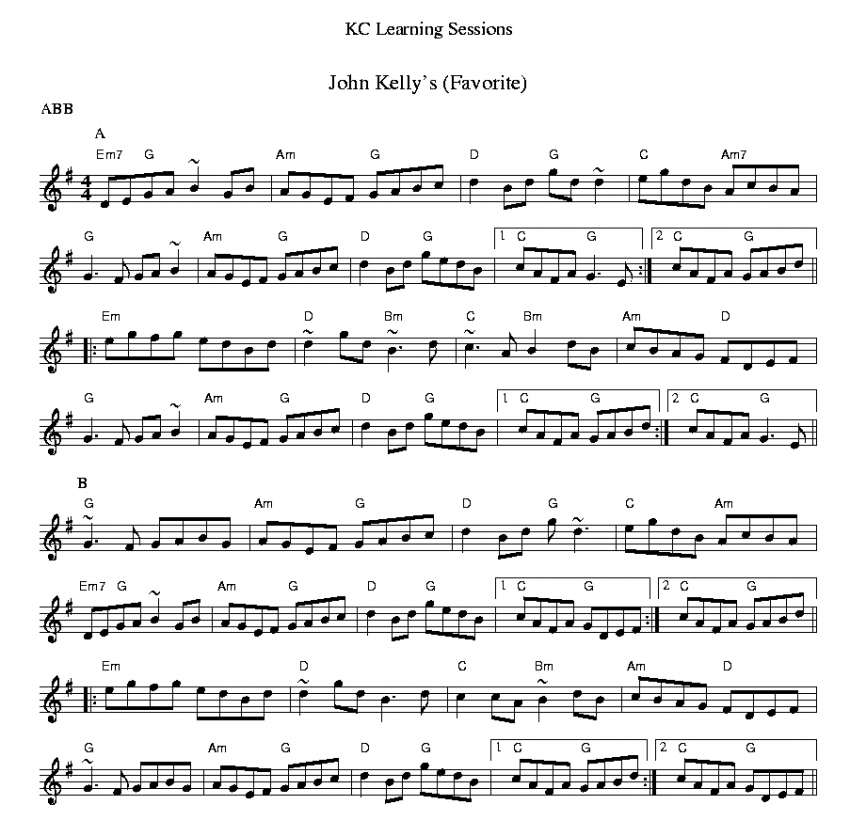