The strathspey “Christmas Day In Da Morning” is notated in 4/4 when a strathspey or a reel, and in 6/8 when it’s a jig. It is played in many places around the globe. It has obvious Scandinavian influences, and also seems like an old tune.  To avoid confusion note tht 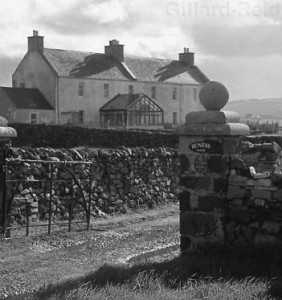 there is also a Northumbrian jig called “Christmas Day in the Morning,” which though markedly different is clearly a version of this tune — a couple of generations removed, perhaps. Our tune here was a popular yuletide tune in parts of the Shetlands in the 1830s.  Celebration of yule-tide (yule-time) shouldn’t be confused with celebration of Christmas/New Year.  The fact that they are concurrent in time, or nearly so, has lead to considerable confusion among those who are only familiar with “yuletide” and “yule” as words in story and song during Xmas.  As yule-tide celebrations have all but died out in most parts of the world this confusion has become thoroughly ensconced in popular culture.  Note, however that yule-tide celebrations did not involve gift-giving and so were not as amenable to absorption into celebrations of capitalism. Instead, yule-tide celebrations were wholly social events involving dancing, eating and drinking.  In  “Yule-Time in Shetland” (1882), cited below, the demise of Yule-tide is accurately predicted.

As for this tune, in the Shetlands it was played every year by Shetland fiddler Fredamann Stickle (1794-1867). Named after his grandfather, a German sailor who deserted his ship in 1743 near Burrafirth and settled on the island of Unst.  Local Unst legend sometimes says his great-grandfather had shipwrecked on the island in order to distance Fredamann further from apostate ignobility. This being the traditional protection afforded a musician who has reached local hero status.

Our Fredamann Stickle was invited annually to play at Yule night festivities held by the Laird o’ Buness (near Baltasound) — just fyi, Baltasound Buness was the home of the Edmondston family, lairds of the Buness estate, who have owned a large part of Unst since the late eighteenth century.  A nearby house on the estate, Halligarth, once occupied by the laird’s son-in-law Henry Saxby in the 19th century, and occupied by the Saxby family until the 1990s, is now owned by the National Trust for Scotland.  As the story goes:

When all were assembled, a goodly company of honest fishermen, buxom matrons, stalwart lads, and blithe, rosy cheeked lasses, all dressed in their Sunday best, tea and cake were handed round. Fredamen Stickle, a very prince of fiddlers, summoned from over the hill for the occasion, was elevated on a chair on the top of the dresser in the ample kitchen, my uncle’s splendid Straduarius [Stradivarius] fiddle in hand, and dancing began. Frædie . . . was a born musician, and handled the bow with admirable ease, grace and spirit . . . I have a vivid memory of Frædie sitting on his elevated perch, his head thrown back, his light-blue eyes sparkling, and his handsome, mobile and expressive countenance beaming with smiles of delighted excitement, while his right hand swept the strings with well-rosined bow, and his right foot beat loudly the splendid time like a drumstick. The man’s spare but lithe and sinewy body 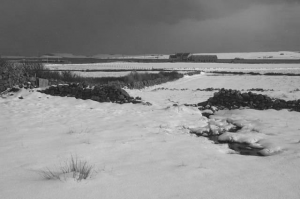 seemed to be transformed into a musical machine; and the music was the most inspiring of its kind I have ever listened to. It was irresistible.  It compelled the dullest and the weariest to take the floor nolens volens (From “Yule-Time in Shetland,” in Littell’s Living Age, v. 37, ed., Eliakim Littell, (Boston: T. H. Carter & Company, 1882), 165).

According to some sources Fredamann Stickle himself composed this tune.  At any rate, the tune is now played often in the Shetlands, Scotland, and Northumbria, albeit as different types of tune.  It is well-known that Tom Anderson used to often play this tune, even during summer!

If you want the ABC, please click Christmas Day in da Morning 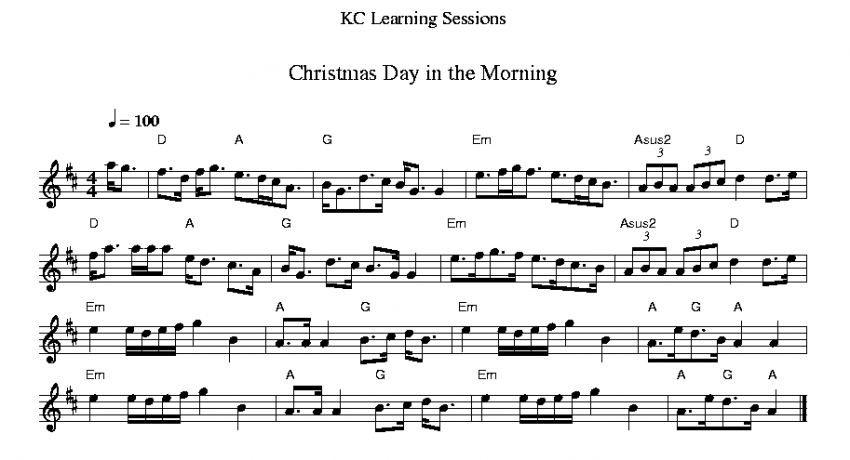