The tune known as “Ashokan Farewell” was composed by American fiddler Jay Ungar in 1982.  It is played during the farewell waltz at the annual Ashokan Fiddle & Dance Camp in New Paltz, New York, run by the composer and his wife Molly. The tune is also used as the title theme of the 1990 PBS television miniseries by Ken Burns, “The Civil War.”  Jay Ungar composed it in the style of a Scottish lament, and describes the tune as coming out of “a sense of loss and longing” — similar to the way Tom Anderson described the Shetland tune “Da Slockit Light.”  “Ashokan Farewell” is a popular tune at many sessions, and not just as a farewell tune.

Unger describes the tune and its composition in more detail on his website http://www.jayandmolly.com/ashokanfaq.shtml.

Despite possible copyright infringement I am posting the dots and a recording of the tune.  I have contacted the author and will update this post when I receive more information. By the way, here’s the man himself playing the tune. 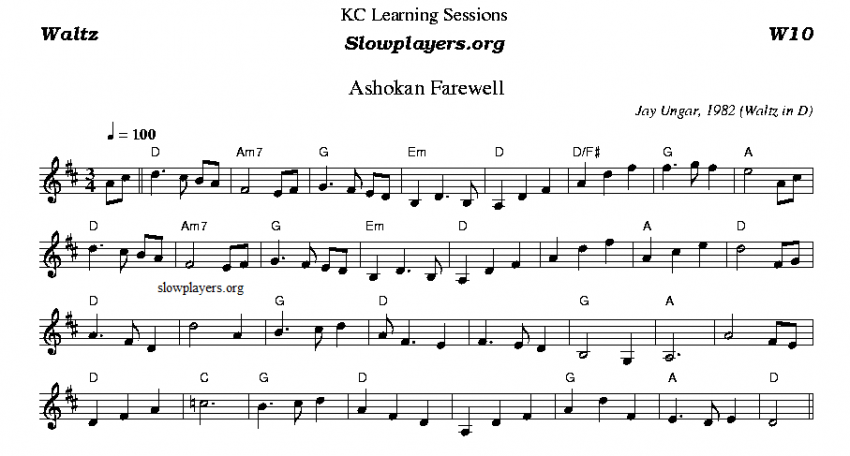