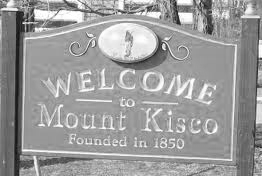 This reel, “The Maid(s) of Mt. Kisco” is named after a town.  Mount Kisco is described as both a village and a town in Westchester County, New York State.  It is actually a small, but now very expensive town just north of NYC and bordering Chappaqua. One story,  according to Billy McComiskey, is that this old Sligo fiddle tune was being played by 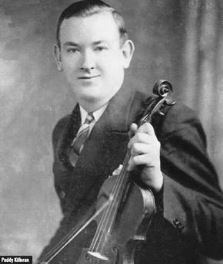 Paddy Killoran (1904-1965) in a bar in Mt. Kisco and Paddy became besotted with the barmaid, and so when asked the name of the tune he called it “The Maid of Mt. Kisco.” If true, it has since acquired a plural. A second story, according to Mick Moloney, is that the tune is named after the many young women from Mt. Kisco who in the early twentieth century worked in New York City, 30 miles south, as maids to wealthy families.  The “maids” part thus actually refers to housemaids. A third story, according to an anonymous source, is that the tune was composed by Sligo fiddler James Morrison (1891-1947), who moved to the US in 1915 at the age of 21, and along with two other Sligo players, Michael Coleman (1891-1945) and Paddy Killoran, became the leading Irish music teachers in New York in the 1930s and ’40s. Morrison named the tune “The Maid of Mt. Kisco” for his wife, who was from Mt. Kisco.  It was subsequently recorded by Paddy Killoran in the 30s. Accordingly, if true, the title refers to just one young woman.  Actually, I’m not sure which of these stories has greater facticity.

Maids of Mt. Kisco, the dots 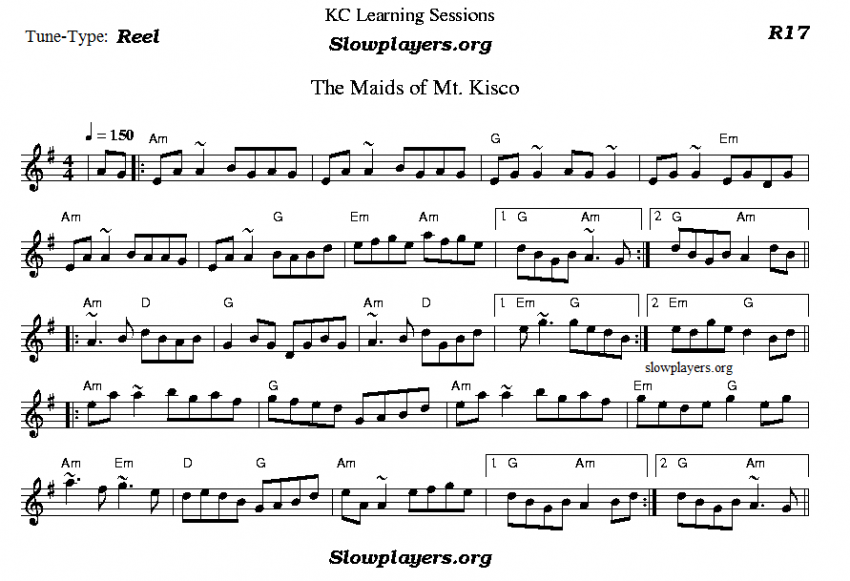