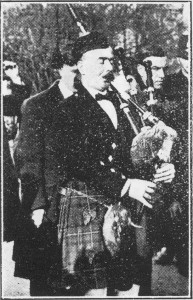 Though Scottish musicians so often assert that Irish tunes are “originally Scottish” that the very claim is now met with an unbelieving shrug, in this case it happens to be true.  It was composed by the Aberdeen piper George S. McLennan (1883-1927), who played before Queen Victoria as a boy.  According to the Fiddler’s Companion, in 1910 McLennan wrote “My Jig o’ Slurs, I’m extremely proud of, not of course as a tune with a fine melody but for its grand execution. I do not know of a tune which is nearly as difficult or requires such a nimble finger to play. The person who can play it through two or three times without missing a slur has no cause to be ashamed of his fingers.”  A great version is on Matt Molloy’s Stony Steps (1987) played alone with Arty McGlynn on guitar the first time through, and with Donnal Lunny on bouzouki thereafter — Lunny also plays bodhrán on the album. Often paired with “Atholl Highlanders” in sessions, it is also a popular set for contra dancing.  You can find it on the album Fiddlesticks: Irish Traditional Music from Donegal (1991) though they put “The Irish Washerwoman” between these two tunes — though on the MP3 download of the album from Amazon it is called “The Jug of Slurs,” which also seems to fit well. The tune is in Phil Rubenzer’s Midwestern Irish Session Tunes (2000), and has been played in the Midwest for a long while, since at least the late 1970s.

Note that this tune completely disregards the adage concerning horses and rivers: the four-part “Jig of Slurs” changes keys in the middle, from D to G. This is much less important to melody players than to accompanists, of course.  Though, in general, I think the adage still stands.

Jig of Slurs, the dots 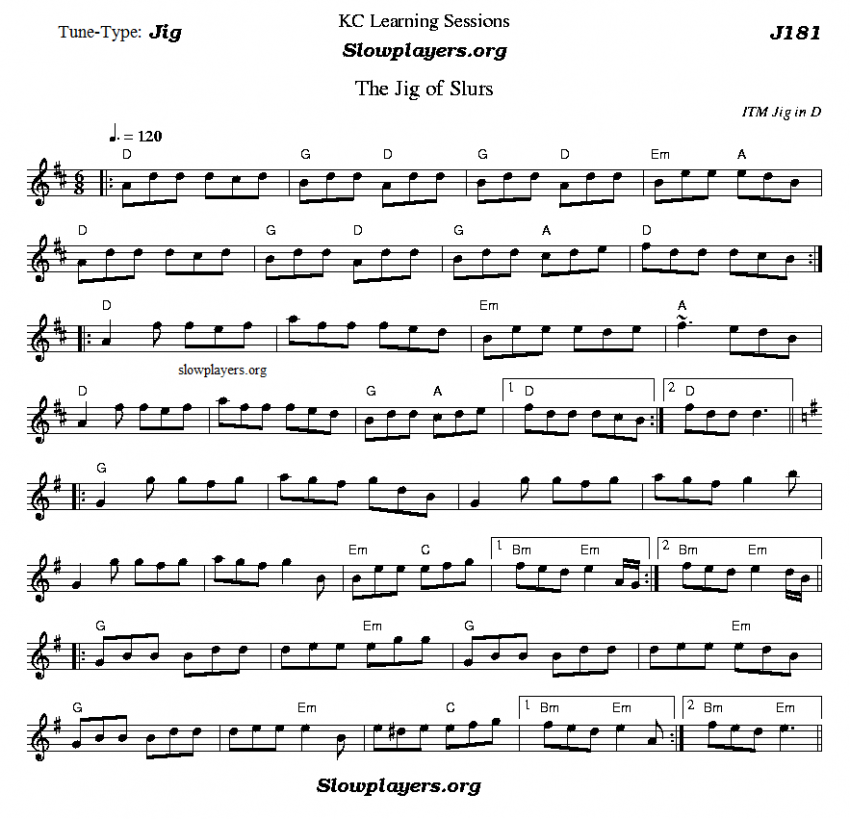