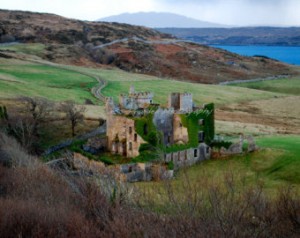 A Haunted Big House in Ireland 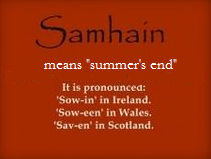 Our Halloween is the night of Oct. 31, and is derived from the celebration of Samhain which begins on Nov. 1st and is a cultural mark of the end of summer.  Now, just so you know “samhain” is pronounced “Sow-in” since the “mh” in Irish is either a w-sound or a v-sound — that’s just a feature of the Irish language, which is NOT a phonetic language.  You’d think that researchers would know this, like the writers for the X-Files episode “Sanguinarium” which aired November 10, 1996, but Fox Mulder pronounces it “Sam-Hain,” some 42 minutes into the episode.  My guess is that you’d find this happens often among speakers of phonetic languages, though as English as a whole is itself not a phonetic language, you might think English speakers would know better.  Well, maybe not.

Anyway, in addition to the carved pumpkin, it is traditional to carve a turnip lantern and to carry it home through the woods and dark lanes after festivities in order to scare off the spirits that roam the byways.  The turnip lanterns would be placed on gateposts, in doorways, and in windows overnight. Sometimes attached to long poles during festivities and paraded around town, or they might be raised up to the high windows of a home just to frighten the occupants.  When Samhain came to America with the Irish, pumpkins were used because they were more available and easier to carve.  Also, as spirits were charged more for transit, fewer of them emigrated. 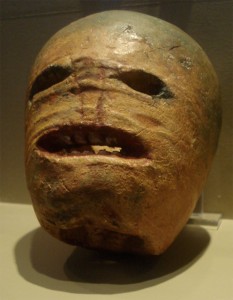 The “Halloween Jig” was composed by the flute/whistle player Jean Duval of Montreal.  He has been involved in Québécois, Irish, and Scottish traditional music circles in North-eastern North America since the early 1980s.  In 2004, he recorded a CD entitled 12 Suites Trad pour Flageolet à Une Main (or, in English, Twelve traditional suites for one-handed tin whistle).  Jean Duval also plays some of the tunes on the CD accompanying the tune book of Donegal whistle player Packie Manus Byrne (b. 1917), entitled A Dossen of Heather (2001).

Apparently, the name of this tune is due simply to the day of its composition back in 2007, rather than the tune’s halloweenish spirit.  However, later Jean Duval realized that there was another tune with an almost identical A part — which happens pretty often and is not really much of a shock in trad music — though his B part seems entirely his own composition.  That other tune is played in Gaeol and called both “The Bunch of Roses” and “Spring in the Air.”  In fact, James Kelly, Paddy O’Brien, and Daithi Sproule play that tune in between “McCarthy’s Favorite” and “Miss Emily” on their eponymous album Spring in the Air (1978).  So, you might want to wait for the second time around before you jump in at some unfamiliar session. 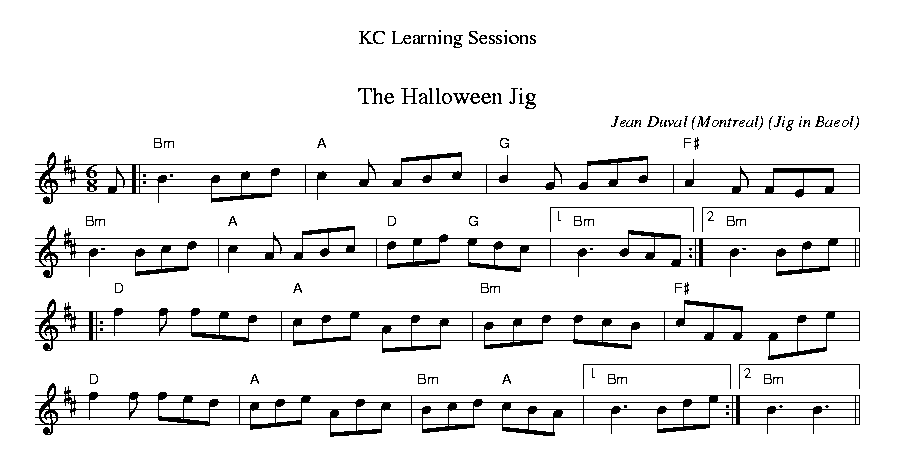