When I first played this tune, Becky Pringle called my attention to an old Civil War tune, a close variant called “The Campbells are Coming” (G) that is still often played by fife and drum bands.  In the 1950s the tune, at least the A part, was used in a Campbell’s Soup commercial for Scotch Broth. A couple of generations ago in Irish sessions this jig was most often called “Sean Duine Dóite” (pronounced “shAn din‑uh doy‑chA”), but the translated title “Burnt Old Man” has since become prevalent. 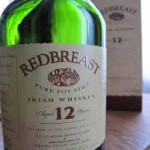 For clarity, the word “burnt” (dóite) here means “used up” or “whithered,” or “worthless.”  The insinuation often involves crapulence. There are some tender words to this melody, in Irish, in which a woman carps about having an old man for a husband, and calls him nothing but a burnt old man.  She then expresses herself more eloquently, explaining her plan to put him in a corner with just a little sour milk and stale bread, and then if he sticks his head out she’ll cut his nose off.  So, to this sweet little tune are put equally sweet little words which can be found in Peter Kennedy’s Folksongs of Britain and Ireland (1984). 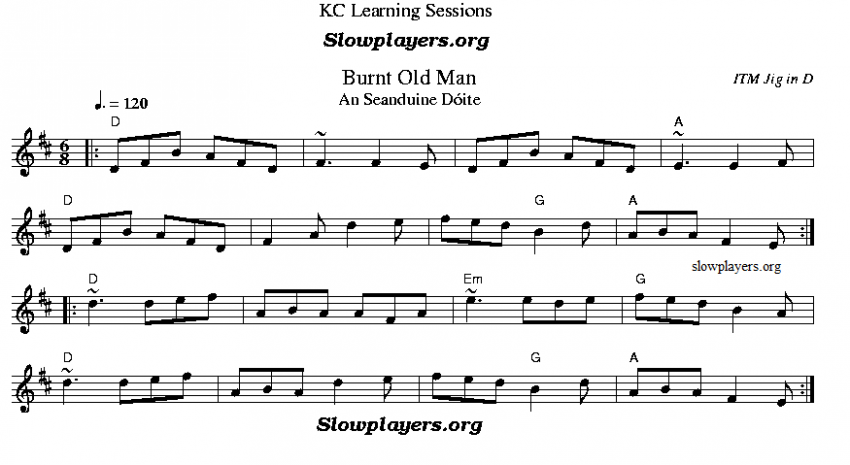