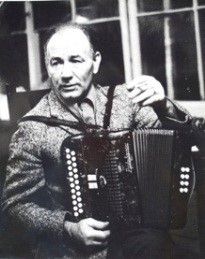 While there are a handful of tunes known by this name, one being the slip jig better known as “Wink and She’ll Follow,” this reel is the one best known as “Last Night’s Fun,” though it will sometimes be called “Joe Cooley’s No. 1” since it was popularized by the great co. Galway accordion player Joe Cooley (1924-1973), who spent the last twenty years of his life in New York City, Chicago, and San Francisco. The set “Last Night’s Fun / Abbey Reel” is still a standard in many placed, and comes from the Tulla Ceili Band, of which Joe Cooley was a member from 1948 to 1954.  Mike Rafferty recorded this set on his CD Speed 78 (2004). It is, of course, paired with other tunes as well, e.g., by Dervish, Cherish the Ladies, John Carty, and others. 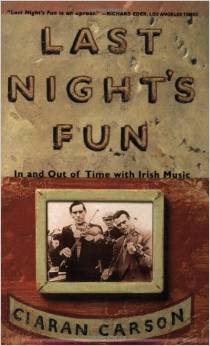 The Belfast flute player Ciaran Carson (b. 1948), born into an Irish-speaking family, recalls in his book Last Night’s Fun (1996), that this tune was the first one he could name, but goes on to ask “Do we ever fully know a tune, or only versions of it, temporary delineations of the possible?”  He also offers a nice description of listening to the album simply entitled Cooley (1975), produced by Tony MacMahon, and recorded “in-the-field” in mono.  It was, in fact, recorded just a month before Cooley’s death (R.I.P.) — his illness being known to many — and in the liner notes MacMahon describes the scene:

In an atmosphere charged with excitement, and the sorrow just under the surface, Cooley played for his friends, while those who couldn’t get in pressed their faces to the dripping November window panes.  His brother Jack played the bodhran with him, and Des Mulkere the banjo.

Cairan Carson, by the way, in addition to being the author of Last Night’s Fun, which I would describe as a wonderful ITM memoire (with tune titles as chapter titles), just happens to also be a poet, translator, and Professor of Poetry at Queen’s University Belfast. 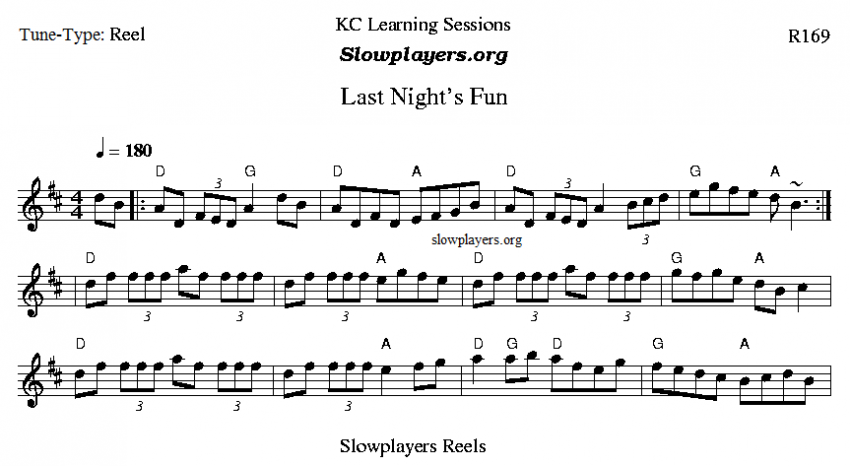