The English concertina was invented by Sir Charles Wheatstone in 1829, and the German version invented by Carl Friedrich Uhlig in 1834.  These seem to be independent inventions. It is a hand-held bellows-driven free reed instruments, with reeds made of brass and later steel. The English concertina is unisonoric, giving the same note per button, push or pull.  The Anglo concertina is bisonoric, giving a different note per button on the push and pull.

The well-known “Concertina Reel” is from at least the late nineteenth century.  This very tune is sometimes called “The Old Concertina Reel” and sometimes called “The New Concertina Reel.”  Now, though the reasons are obscure, mostly having to do with confusions between this and a few other reels, the “Old Concertina Reel” seems most apt, as calling this tune “The New . . .” requires taking up a socially and historically unavailable perspective, even for those who were addicted to “The Victorian Farm,” “The 1900s House,” “The Victorian Pharmacy,” “The Edwardian Farm,”  “The Edwardian Country House” or “Manor House,” “The Colony” (New South Wales version),  “Colonial House,” “Frontier House,” or even “All Creatures Great and Small.”

Our tune, whether you call it “old” or “new,” was played by the piper Willie Clancy, who learned it from his concertina-playing mother, Ellen Killeen of Enistymon, and it is in the tune book The Dance Music of Willie Clancy (Cork, 1976) by Pat Mitchell.  Willie Clancy’s father Gilbert (Islandbawn, near Milton Malbay) also played concertina in addition to his primary instrument, the flute. 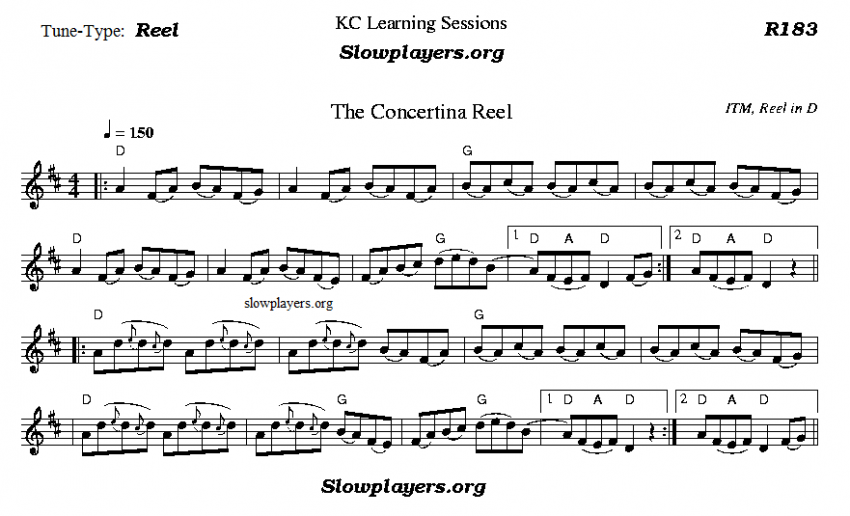