This interesting and engaging Waltz was composed by Robin Dransfield.  It is named after a 12 foot high, seven ton, iron lighthouse that in 1821 was placed off the coast of County Cork, Ireland, at Rosses Point in Sligo Harbor. This area is known for its treacherous waters, and in 1985 just north of Rosses Point, at Streedagh Strand, marine archaeologists uncovered wrecked ships from the Spanish Armada, storm-driven onto the coast in September 1588.  Pictured at left, and painted like a chubby Royal Navy Petty Officer, the Metal Man points to safe deeper water.  The white light in front of the Metal Man flashes every four seconds.

Memory Harbour by Jack B. Yeats

Jack B. Yeats, the brother of W.B. Yeats, painted  “Memory Harbor” (right) which depicts the harbor with the Metal Man just left of top -center.  Of the painting W. B. Yeats wrote “Memory Harbour is the village of Rosses Point but with distances shortened and the houses run together as in an old-fashioned panoramic map. The man on the pedestal in the middle of the river is The Metal Man, and he points to where the water is deep enough for ships. The coffin, cross-bones and skull, and boat at the point of the head-land, are to remind one of the sailor who was buried there by a ship’s crew in a hurry not to miss the tide. As they were not sure if he was really dead they buried him with a loaf, as the story runs.”  Writing of the Metal Man a bit later, W. B. Yeats wrote “I recognize in the blue-coated man with the mass of white shirt the pilot I went fishing with, and I am full of disquiet and of excitement, and I am melancholy because I have not made more and better verses. I have walked on Sinbad’s yellow shore and never shall an-other’s hit my fancy.”  Not to detract from this warm sentiment, it has also been said that the Metal Man is the only man in all of Rosses Point to never have told a lie. 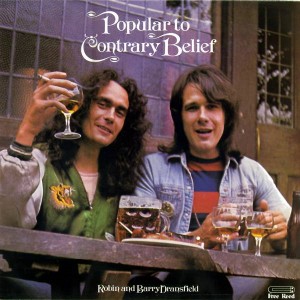 Robin and Barry Dransfield were important figures in the new generation of creative folk musicians back in the 70s in London.  Robin, the more reclusive and perhaps slightly more talented, seemed to shy away from the lime-light.  Their last collaboration is the aptly named Popular To Contrary Belief (1977) — which has one of my favorite versions of “Peggy Gordon” among other tracks.  Barry Dransfield has continued to perform and record, and has come out with a successive series of very wonderful recordings which I have greatly enjoyed.  The voices of the Dransfields are unmistakable, and each offers a distinctive take on traditional music.

The waltz “Metal Man” has been recorded by Scartaglen, and a couple of other bands. 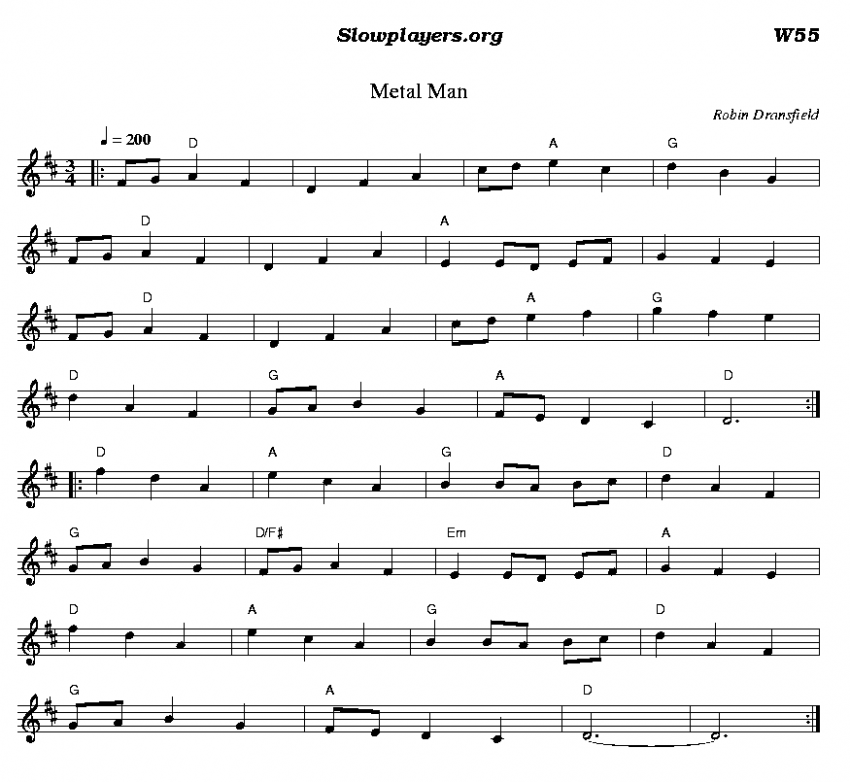