However, though today “hag” is a dysphemism for an assertive, confident woman, in more magical times it referred to a devious and otherwise very non-Glenda-like witch.  So, unless you could be confident of their particular magical direction, it would be perilous to have a hag in the environs.  As to the previous point, in Irish “cailleach” can be translated as “nun,” “old woman,” “matriarch,” or “hag,” and is also the Irish name of the hagfish.  The latter has recently been recognized as producing eco-beneficial slime that may be used in the future for making stronger cloth.  This just goes to show that we sometimes overlook actual and potential benefits, due to a superficial viewing.  Overcoming our prejudices concerning how things look on the surface is in intersubjective journey, and it requires focused attention. 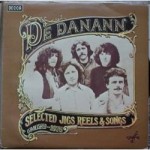 Our jig here “The Hag’s Purse” (or “Sparán Airgid na Caillí” in Irish) has several variations, and is also known as “Bobby Casey’s Jig,” and “The Roscommon Jig.”  Though presented here and typically as a double jig, it has the feel of a slide or a single jig.  This is because of the phrases consisting of quarter-and-eighth notes (sometimes called long-short pairs) followed by three eighth notes, which is very common in slides and characteristic of some single jigs.  As a result it would fit well in double jig sets, single jig sets, and slide sets.  It is in double jig sets on the following albums: the first tune of track 11 on De Dannan’s second album Selected Jigs and Reels and Songs (1977), the second of track 6 on Catherine McEvoy album (with Felix Dolathe) Traditional Flute Music In The Sligo-Roscommon Style (1996), and the second tune of track 5 on Cathal Hayden’s Live In Belfast (2007).  It is #34 in Breandán Breathnach’s Ceol Rince na hÉireann 1 (1963). 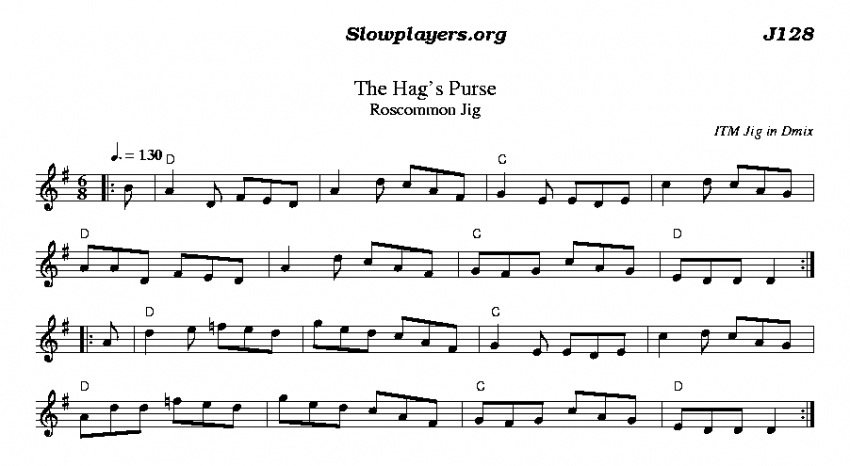