It’s unclear to which castle the title of this reel refers.  Some say it refers to the Castle Kelly in county Galway where Carolan (1670-1738) composed his air “Mabel Kelly.” However, there’s no reason I’ve yet uncovered for thinking this to be the reference as opposed to any other Castle Kelly, and there are many of them!  The tune is a fun banjo tune, and it’s a nice whistle tune if you play it on a C whistle.  The tune is also played in many different ways.  To begin with, some players play it in Ador which has no effect on the A part, but will sharp the F notes in the B part.  There are those, such as L. E. McCullough in his 121 Favorite Irish Session Tunes (1999), who will drop the B-part  F notes altogether, leaving the Aaeol/Ador distinction ambiguous throughout.  There are some, following the version in either Ryan’s Mammoth Collection (1883) or the slightly different version in Grey Larson’s 300 Gems of Irish Music for All Instruments (2013), who’ll sharp only some of the C notes in the B section — which can give the tune a very eerie sound. Once you have the tune down you should play around with these variations, and listen carefully to different players.  The tune is also played differently in terms of its basic structure.  It is played AABB by some, but also played AABBBB  by Paddy Glackin & Paddy Keenan, on Doublin’ (Tara, 1978/2007), and AAAABB by the members of the McCarthy clan.  The tune is also called “The Darkhaired Maid” by the Bothy Band, or “Mo Nighean Dubh” if you speak Irish — and there’s a song by Méav Ní Mhaolchatha on her CD Silver Sea (2002) entitled “Mo Nighean Dubh” as well as a traditional song entitled “Mo Nighean Donn Nan Gaibhre” neither of which have anything to do with our tune. 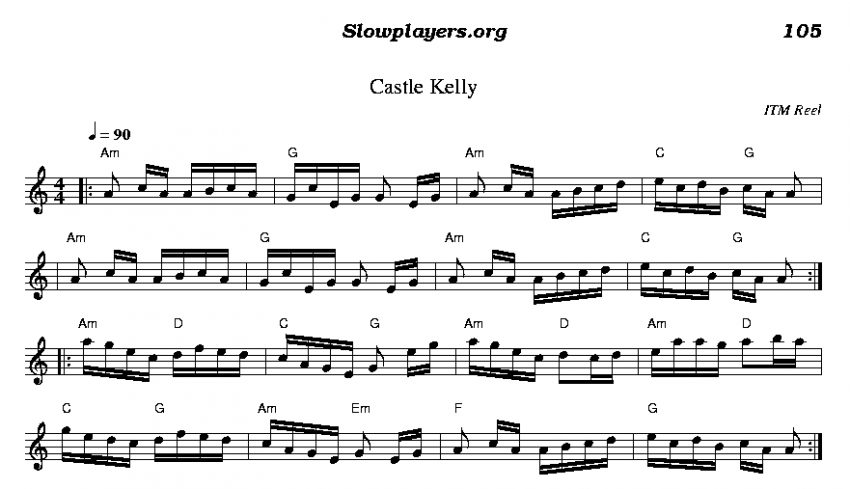