The jig “Tobin’s Favorite” is #775 in O’Neill’s 1850 (1903) and #52 in O’Neill’s 1001 (1907). The title seems to have been preferred by Capt. O’Neill to the title it was usually called by at the time, namely “Pretty Young Girls for Sale” or “Girls for Sale, the Old Way.” O’Neill was not above changing titles he thought too suggestive – for instance he changed the title of “My Darling in Bed” to “My Darling Asleep” since the former seemed to have untoward implications.  As for why he chose “Tobin’s Favorite” as the alternative, it is probably because Adam Tobin, a native of Kilkenny, was a Chicago fiddle and pipe player who ran in the same circles.  In Capt. Francis O’Neill’s Irish Folk Music: A Fascinating Hobby (1910) he writes:

“Not by any means the least distinguished of our numberwas Adam Tobin, a Kilkenny man, equally proficient asa piper or fiddler. Ordinarily genial and accommodating,he was easily aroused by opposition; yet he was univer-sally popular, and year after year he has been engaged byone of the Scotch societies to play at their picnics. Hisrepertory of tunes was both choice and extensive, and I aminclined to believe that a few of them escaped the vigilanceof our scribe, Sergeant [James] O’Neill [no relation].” (44)

“One of our best Chicago Irish pipers, Adam Tobin, is equally fluent on the flute and fiddle, and being of an accommodating disposition, is correspondingly popular. A young lady of his acquaintance had a date with her sweet-heart one evening, but the latter being persona non grata with her father, how to circumvent the old gentleman’s watchfulness and keep him ignorant of her absence, was no simple problem.

“The proverbial resourcefulness of her sex did not fail on this occasion, for she hit on a plan which required but Tobin’s kindly cooperation to prove successful. Her father was a great lover of Irish pipe music and enjoyed any discussion relating to that or kindred subjects — so she confided her difficulty to the empathetic Adam and arranged for him to drop in early in the evening, and of course engross her fathers attention until she returned from the theatre.

“Everything worked out splendidly except that she did not show up at the appointed time. Tobin, however, possessed the lovalty and fortitude of Casablanca and continued playing and arguing until he collapsed from pure exhaustion long after midnight.

“But what happened to the fair lady? Nothing much, only that when she got home, she stole quietly in and upstairs to her dormitory unobserved; her mind being so absorbed between the fear of detection and the delights of the evening, that she never thought of the gallant Tobin and his heroic sacrifice.” (221-2) 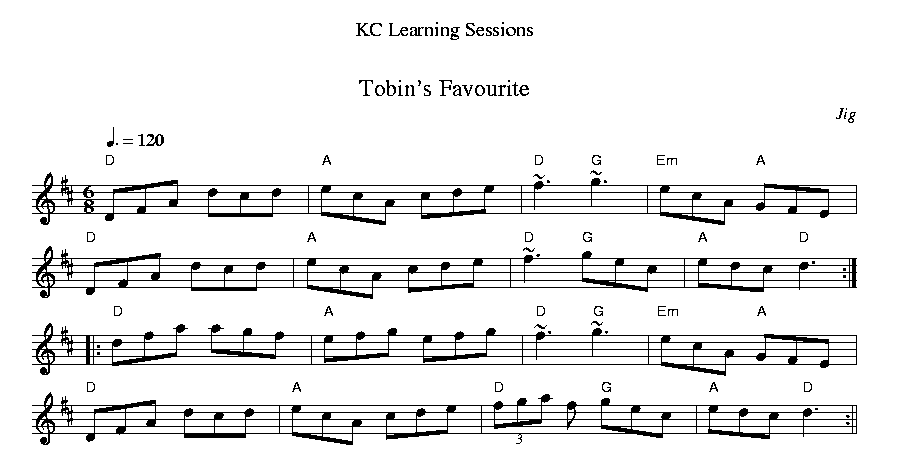