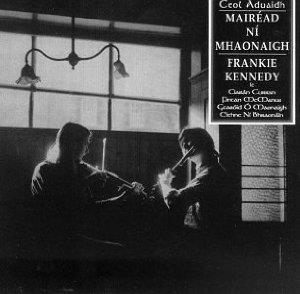 This is the first tune in a set of Germans on Mairéad Ní Mhaonaigh and Frankie Kennedy’s CD Ceol Aduaidh (1983). Mairéad Ní Mhaonaigh (Mar-aid ne Mooney) learned the tune from her father Proinsias Ó Maonaigh (Francie O’Mooney). As a tune-type Germans are a little like a hornpipe but without as much swing, and can also be played in many other ways: as a Reel, a Barndance, a Hornpipe, a Fling, a Polka, or Schottische (SHOT-ish). If someone says that this tune is a barndance, or hornpipe, etc., just agree.  It can be played lots of ways.  Paddy Taylor (1912-1976) plays this tune as the last in a set of three on track five of his Boy in the Gap LP (1970), though there it’s entitled “Hanley’s Delight” and labeled (or labelled) a polka.  And apparently, Terry “Cuz” Teahan (1905-1989) seems to have thought Kerry Mills might have composed this tune, since Teahan’s name for the tune was “The Kerry Mills” on the posthumously published Happy to Meet Sorry to Part (2002). By the way, Kerry Mills (1869-1948) was an accomplished American composer, and composed popular music, ragtime tunes, marches, cakewalks, reels, etc., including “Redwing” (1907) and “Whistling Rufus” (1899). “Maggie’s Lilt” is also on the Dervish CD The Thrush in the Storm (2013), track three; and it’s played as a hornpipe on track seven of Humdinger (2007) the CD by Enda Scahill & Paul Brock.  The other tunes in the set on Ceol Aduaidh are “(The Merry) Durham Rangers” and “If We Hadn’t Any Women.” 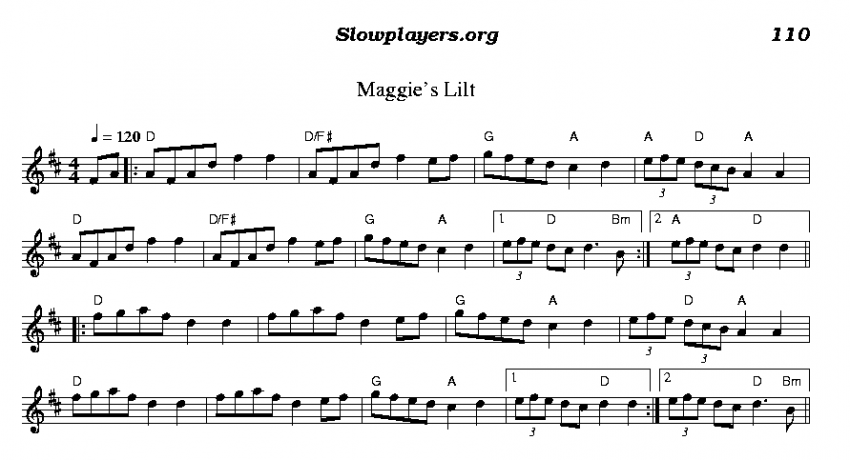 This article was posted in ABC format, Dots, German, MP3, Slow Session, Tune, Tune Comment and tagged German. Bookmark the permalink. Follow comments with the RSS feed for this post.Post a Comment or leave a trackback: Trackback URL.