Bottom of the Punchbowl (G) 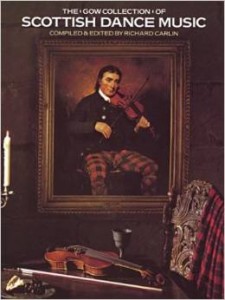 The reel “Bottom of the Punchbowl” can be played as a reel or a barndance.  O’Farrell (c. 1805) lists the tune as Scotch.  It was composed by the Chamber Composer for King George III, James Oswald (c. 1711-1769), who was from Dunfermline, Scotland  but moved to Knebworth, England in 1741. He published much of his work under the nom de plume “David Rizzio” – after an Italian musician who had been loyal to, and perhaps the lover of Mary Queen of Scots. This tune, from Oswald’s Curious Collection of Scots Tunes (1740),seems to be meant for Scottish Highland Dancing (also called a “Scottish measure”). The tune name “Bottom of the Punch Bowl” is also the name of a nineteenth century Scottish country dance, probably developed with the tune in mind. The word “punch” derives from a Hindi word panch, meaning “five,” because of its five ingredients: spirits, water, lemon-juice, sugar, and spices. The word “punch” when used to refer to such a concoction was first recorded in English in 1669. The tune is in the Gillespie Manuscript of 1768. It is also in the well-known Gow Collection of Scottish Dance Music (1822) – a coveted collection, which is still running from about $150 to $350 for the hardback reprint, depending on condition.  Again, that’s the cost for the hardback reprint of 1986. Coveted indeed!  The paperback is in the reasonable neighborhood of $20.

Bottom of the Punchbowl

Bottom of the Punchbowl,

Bottom of the Punchbowl, dots 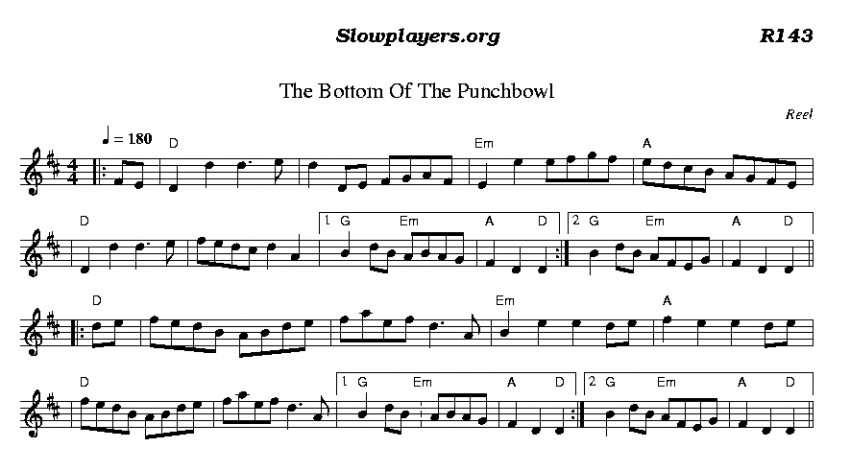 Bottom Of The Punchbowl, Reel in D