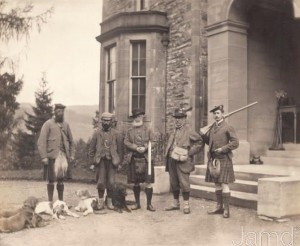 “The Boyne Hunt” reel is called Tóir na Bóinne in Irish. It is #1241 O’Neill’s 1850 (1903) and tune #514 in O’Neill’s 1001 (1907). Even though O’Neill’s has three parts, the tune is usually played with the first two parts only.  The tune was originally composed by Miss Striling of Ardoch, Perthshire, Scotland and called “The Perthshire Hunt.”  It was commissioned for the Perthshire Hunt Ball. It appears under that name in Keith Norman MacDonald’s The Skye Collection of the Best Reels and Strathspeys Extant (1887) – Meg let me borrow her copy (thanks!). Irish piper Patsy Tuohey recorded it in 1910 on cylinder. Alexander “Battan” Grant (1856 – 1942) was a native of Battangorm, Carrbridge, and as a boy was introduced to what were to become his two great passions in life: fiddling and fishing. Grant was a friend of fellow musician and composer James Scott Skinner (1843-1927), a major figure in the development of Scottish traditional music, and called “The Strathspey King.” A hand-written manuscript (no date) was sent to Grant by Skinner. It contains Skinner’s arrangement for several bars of “The Perthshire Hunt,” (i.e., the Boyne Hunt). In Clare the setting by the contemporary band Slainte is very popular and in sessions is usually followed by “Shannon Breeze” or “Rolling in the Ryegrass.” The Chieftains call this tune “Scèal na gCapall,” though I have no idea why, unless it’s just a joke – a translation would be “A Horse Tale” or “Tale of a Horse.” 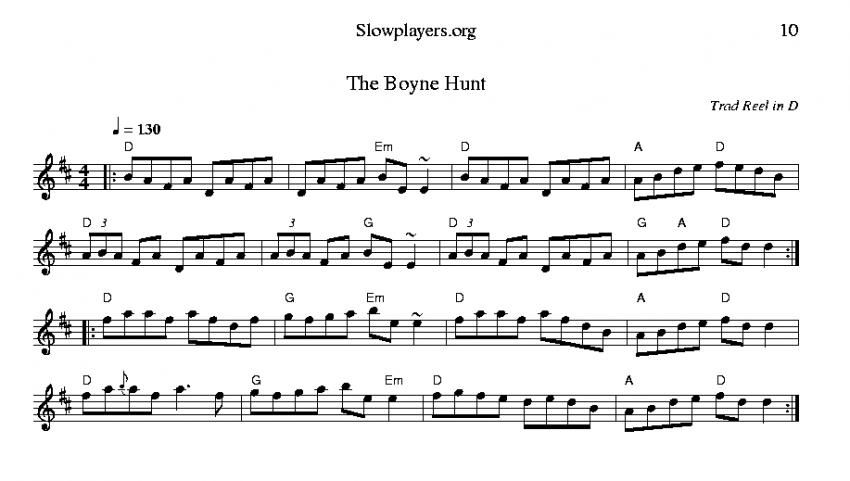