Navvy On The Line (G)

“Navvy On The Line” is another light-hearted hornpipe.  Often attributed to the Tyneside fiddler James Hill (1811-1853), a man fond of hornpipes, this tune is also called the “London Hornpipe.” The word “Navvy” is an 18th century truncation of “navigator,” referring to the well-paid, hard-drinking, and profligate manual laborers working on civil engineering projects in England, Scotland, Ireland and Australia, such as railroads and canals – which were planned to last forever, and so called “eternal navigations.”  Great Britain had more than 250,000 working navvies by the mid-1800s. This tune is popular in England, Scotland, Cape Breton, and parts of Australia and the U.S.

Navvy On The Line, slow tempo

Navvy On The Line, med tempo 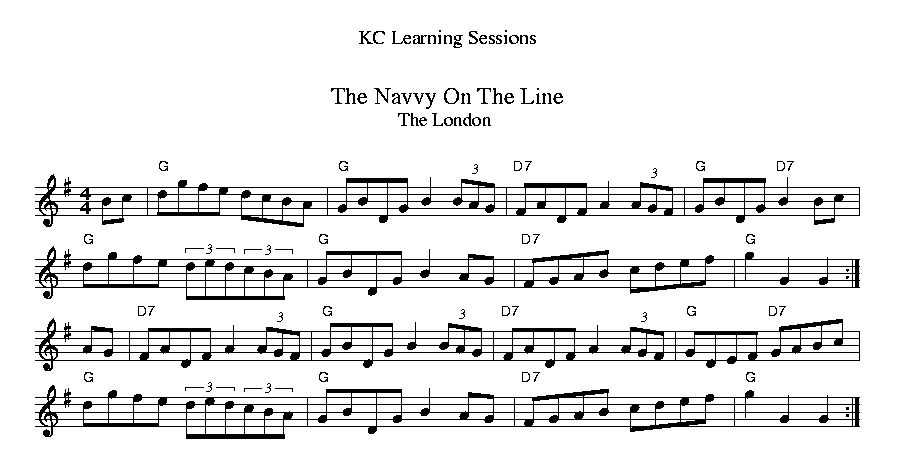 Navvy On The Line