Historically the reel “John Brennan’s” was called by four names: “Silver Spire,” “The Great Eastern Reel,” “John Brennan’s (Reel),” and the ever-popular “Untitled” or Gan Ainm.  The tune was recorded (and paired with “Farrell O’Gara’s”) in 1931 by the fiddle-duet Paddy Killoran and Paddy Sweeney, both from County Sligo and both then-recent émigrés to New York City.  It was called “The Silver Spire” on their recording. As there is no earlier tune known as “Silver Spire” the name must have come from the then-current engineering marvels such as the Chrysler Building and the Empire State Building, newly completed in 1930 and 1931 respectively. The “Great Eastern” was one of three great transatlantic steamships designed by Isambard Kingdom Brunel (1806-1859), the son of Sir Marc Isambard Brunel (1769-1849) a French-born engineer resident in England after the Revolution who constructed the first tunnel under the Thames, which is still in use today as part of the London Underground.  The Great Eastern ship was originally to be called Leviathan, and though it became a failed passenger ship, it also successfully played a significant role in laying the first lasting transatlantic telegraph cable in the 1860s.  Such technology-based tune-titles are unusual.

However, the name “The Silver Spire” is presently associated with what is now a very different tune (but probably a relative of this tune), so it makes little sense to call this tune by that name. Our tune became an oft-requested Irish-dance tune.  The melody was first recorded as a hornpipe by the Ballinakill Ceili Band on a 78. The melody then became associated with Sligo flute player John Brennan, a regular member of Dublin’s Church Street Club.  This club was then the site of a famous and long-lasting session that began in the late 1950’s, driven by Co. Clare fiddler and concertina player John Kelly, father of  the well-known fiddlers James and John Kelly (and in the sixties a member of O’Riada’s Ceoltoiri Cualainn, and in the early 70s a member of the famed Castle Céilí Band).  As a result of the Church Street session, the Tara Ceili Band as well as Tommy Peoples, Matt Malloy, and Paul Brady have recorded this tune under the title “John Brennan’s.” 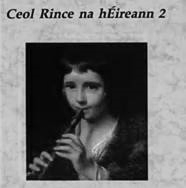 A very similar tune to this, and so doubtless a version, was collected from the playing of the Co. Galway musician Aggie White, Sean Ryan’s wife, by Breandán Breathnach (1912–1985) and printed in Ceol Rince na hÉireann II (1976), p. 90, as “Untitled no. 173” – by far the best of its names. Some play the B part of our tune twice as is, others use the oft-used device of playing the first four bars of the A part as the last four bars of the B part. 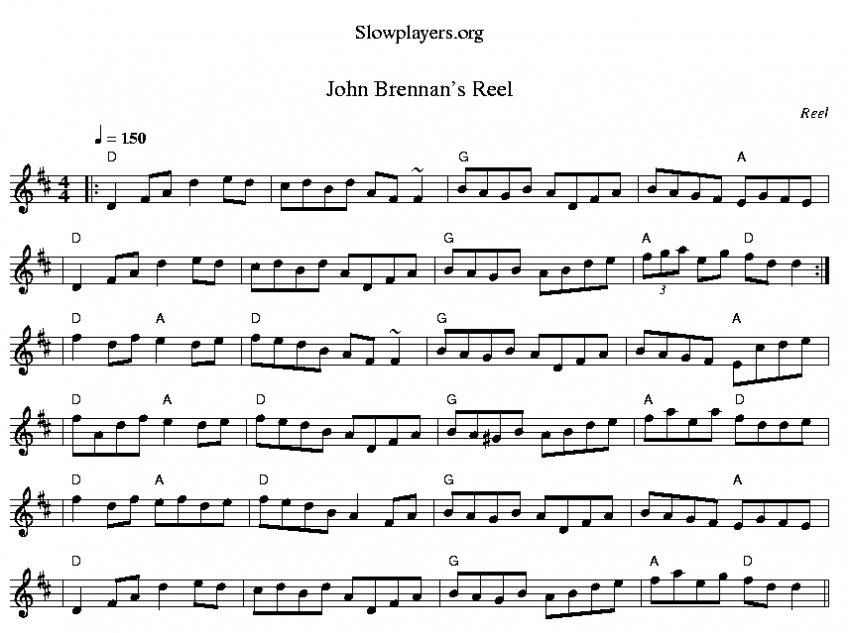