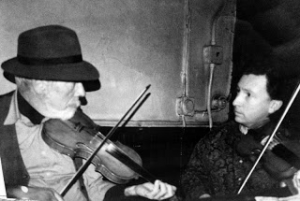 “Jenny’s Chickens” is a reel is usually preceded by “Bonnie Kate” due to the recordings of Michael Coleman and Joe Burke. Michael Coleman was the first to make this tune popular. I have been told that every time he played it, he would change it a little bit.  This may make the tune more interesting to listen to – since in the view of one the founders of  Shanachie Records, Daniel Michael Collins (1937-2013), the number of repeated phrases has the potential to exhort ennui – but it would  make the tune very difficult to learn.  Most players resort to ornamentation to keep the tune more exciting. The band from Quebec, La Bottine Souriante, recorded this tune on La Mistrine (1994) under the name “Le reel des soucoupes volantes” (trans: the Flying Saucer Reel). Matt Molloy (right) has an 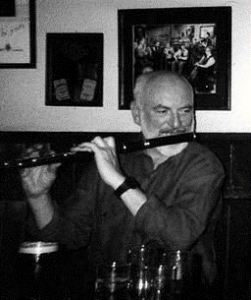 incredible version of it on his album Heathery Breeze.  In the picture (left  above) Dan Collins is playing tunes with a surprised Frankie Gavin. It’s also on Paddy Glackin’s In Full Spate. 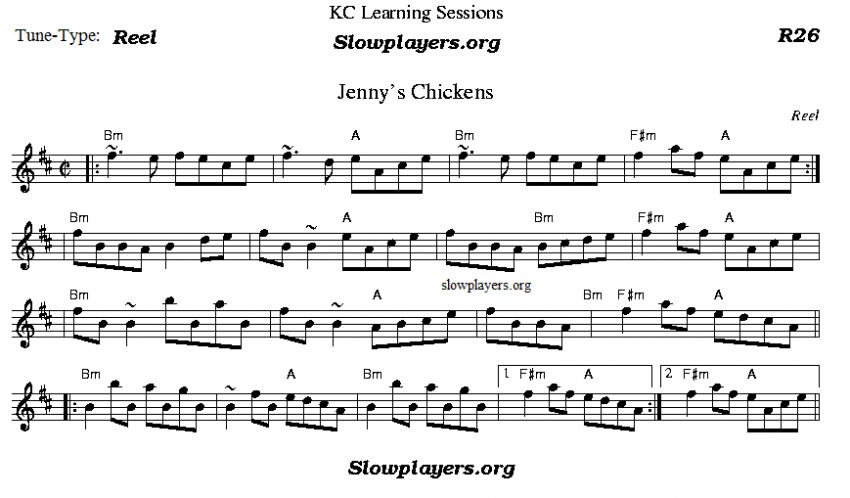