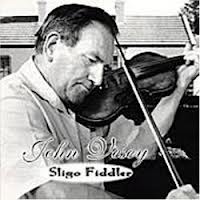 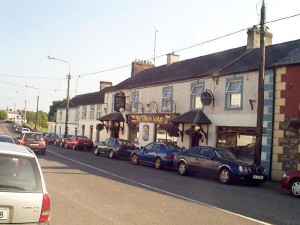 This traditional jig, “Banks of Lough Gamhna,” (or “Banks of Lough Gowna” in English) is sometimes attributed to Paddy O’Brien (b. 1945), but is in fact tune #264 in O’Neill’s 1001 (1907).  Barring time-travel, and its concomitant paradoxes,  it would not be possible for him to have composed it. It is played, as here, in Baeol, but also sometimes in Aaeol. The current session version of this tune seems to be a composite based on a number of prior versions: an old duet recording by Paddy Killoran and Paddy Sweeny, as well as the relatively recent recording by John Vesey, Sligo Fiddler (1970/1998). Those who seek to develop their own version of a tune would do well to begin by learning the bones of the tune, and then start scouring previous material (written and recorded) to find different phrasings. 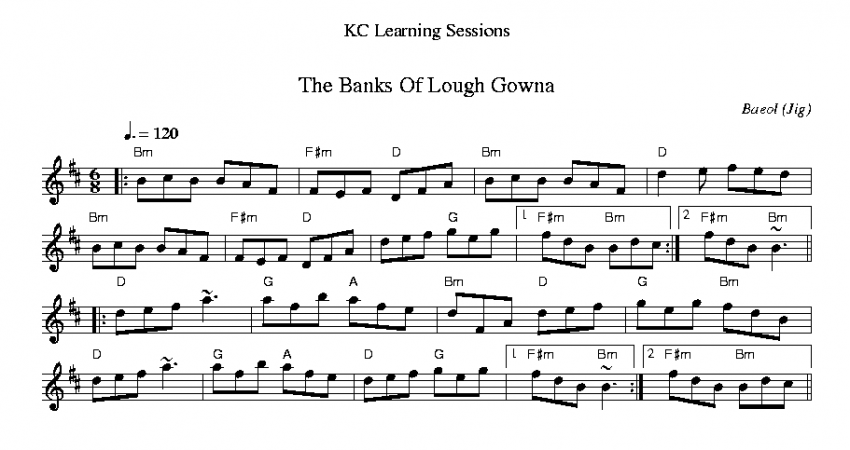